Lina Padilla was tooling around on the internet. She and Carmena Cruz manage MEANS (Mission: East Asia National Support). This organization began in 1971 to serve as a conduit through which Filipinos in the U.S. could donate to the InterVarsity in the Philippines and get U.S. tax receipts. Lina and Carmena live in Chicago. They are two of the many Filipinos outside the Philippines.

With time, MEANS. vision has grown. Today donors. contributions are forwarded to 200 organizations or individuals, called “ministry partners.” In the future, as the Philippines increasingly becomes a missionary-sending country, MEANS envisions “One country, One missionary, One Filipino”—at least one Filipino missionary for every country.

That vision sent Lina to the Internet to troll for Filipino witnesses across the nations.

Up popped Sarita.s blog from Ukraine.

So she wrote to Sarita. “Are you a Filipina?” she asked.

“How did you get to Ukraine?” Carmena wondered.

God had put Ukraine on Sarita.s heart back in the Philippines, she explained. She earned a certificate from the Asia Center for Mission, procured funds from her church and friends, and bought a ticket to the Ukraine. Even while learning the Ukrainian language, she began to approach people on trains and invite them to English classes. She talked to people about the meaning of life, about spiritual power, and about Jesus. Some believed. She formed Bible study groups and worship fellowships. She began training young Ukrainian believers in Christian leadership skills. Now she is learning about gardening and small-scale agriculture in order to help people put more food on their tables.

After Carmena and Sarita had chatted for some days, Carmena explained MEANS. purpose. “MEANS' doesn't support missionaries directly, but we connect missionaries with donors. Would you like us to send our donors information about you? We would be honored to help a Filipina who is serving in that part of the world.”

Edith and Jay. Enter Edith, a Filipina nurse in Texas. In her sister.s apartment, Edith saw the MEANS newsletter in which Sarita.s story was featured.

“Oh, that is what I want!” Edith exclaimed. “I would love to give to a Filipina woman who is serving so far away from home. Send me some more information--” she emailed Lina and Carmena”—and I will mobilize all my friends to contribute to Sarita's work.”

The final character in this story is Jay, graduate of the Ateneo University, a first class Catholic institution. He became a vibrant follower of Jesus in New York. Today he sings in the Brooklyn Tabernacle Choir.

Like Edith, Jay “accidentally” picked up a copy of MEANS newsletter, and read Sarita.s story. He began to contribute money. Yet he wanted to do more.

“I'm an English teacher,” he told Carmena and Lina. “I.d like to take a trip to Ukraine to help Sarita run a short term English institute.” And he did.

Much later Sarita confided to Carmena, “When you responded to my blog, I was desperate.” Her only funds came from her Philippine church, and difficult economic conditions had reduced those. She didn.t know where to turn. Then, truly out of the blue, MEANS showed up, and shortly after that Edith and Jay became Sarita.s partners.

Business Basics. Donations to MEANS totaled about $20,000 during its first year. Today the organization receives about $600,000 annually. By day, Lina works as the serials manager of the Northwestern University Law School library. Carmena works in an accountant for a company based in Illinois. Although MEANS has no paid staff—not even a secretary-- it has 38 committed volunteers.

“Here are your donors,” the founder had told Lina and Carmena when in 1986 he handed them a box of file cards with donors. names and addresses, transferring the leadership to them. “ God will send you money. And God will send you volunteers.”

God did. People with remarkable expertise—accountants, IT specialists, engineers, nurses, doctors—show up for the monthly work days. They bring specialized computers and video cameras, and create media packages beyond Carmena.s and Lina.s dreams. Starting with a box of file cards, today the MEANS office features computers with flat screens all networked and their own server.

Not long ago, MEANS. excellent Board treasurer was transferred to Singapore. He didn.t want to quit the ministry, so now their Board meetings are conducted through teleconferencing.

Children’s Tutorial Centers. MEANS continues to pioneer. Take the area of books. Filipino Christians in the U.S. discovered bilingual children.s books created by OMF Publishers in the Philippines. “OUR children need these!” they exclaimed. “These books would help them remember their Tagalog language.”

Meanwhile, Carmena and Lina and others were sending Christian books to the Philippines. When they visited their home country, however, they were disappointed. The book boxes they had sent moldered in the corners of churches. People liked the pictures, but didn.t know how to read very well.

From these experiences, the “Read to Grow” program was born, a joint project between OMF Publishers and MEANS. One hundred children.s libraries and reading-tutorial centers have been established throughout the Philippines. OMF has supplied the books. MEANS has supplied the funds, about $5,000. Churches often supply the space and personnel. Communities enjoy the benefits of tutorial help and Christian children.s books.

MEANS also is funding libraries in the communal InterVarsity staff homes located in various Philippine cities. They aim for 200 books in each home. These will attract not only Christian students but also nonChristian. Buying 200 books from OMF costs about $500, compared to $5,000 if they had been bought in the U.S., not to mention shipping cost and time.

A Terrorist Organization? Since September 11, 2001, MEANS. paperwork has become much more complicated. The Philippines is classed as a terrorist site by the U.S. government, so donors have to comply carefully with legal regulations.

Recently the government made a routine request for the names of all recipients. Lina wrote a letter of protest. “Some of our missionaries serve in countries where publishing their names might endanger them,” she explained. Others wrote similar letters. As a result, the IRS changed Form 990. Because of security concerns, nonprofit agencies now are allowed to report workers by region rather than by country or by name. 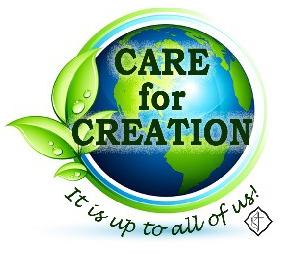